Linear algebra classes often jump straight to the definition of a projector (as a matrix) when talking about orthogonal projections in linear spaces. As often as it happens, it is not clear how that definition arises. This is what is covered in this post.

Orthogonal projection: how to build a projector

It is quite straightforward to understand that orthogonal projection over (1,0) can be practically achieved by zeroing out the second component of any 2D vector, at last if the vector is expressed with respect to the canonical basis

. Albeit an idiotic statement, it is worth restating: the orthogonal projection of a 2D vector amounts to its first component alone.

How can this be put math-wise? Since we know that the dot product evaluates the similarity between two vectors, we can use that to extract the first component of a vector

. Once we have the magnitude of the first component, we only need to multiply that by

itself, to know how much in the direction of

we need to go. For example, starting from

, first we get the first component as

; then we multiply this value by e_1 itself:

. This is in fact the orthogonal projection of the original vector. Writing down the operations we did in sequence, with proper transposing, we get

One simple and yet useful fact is that when we project a vector, its norm must not increase. This should be intuitive: the projection process either takes information away from a vector (as in the case above), or rephrases what is already there. In any way, it certainly does not add any. We may rephrase our opening fact with the following proposition:

This is can easily be seen through the pitagorean theorem (and in fact only holds for orthogonal projection, not oblique):

END_OF_DOCUMENT_TOKEN_TO_BE_REPLACED 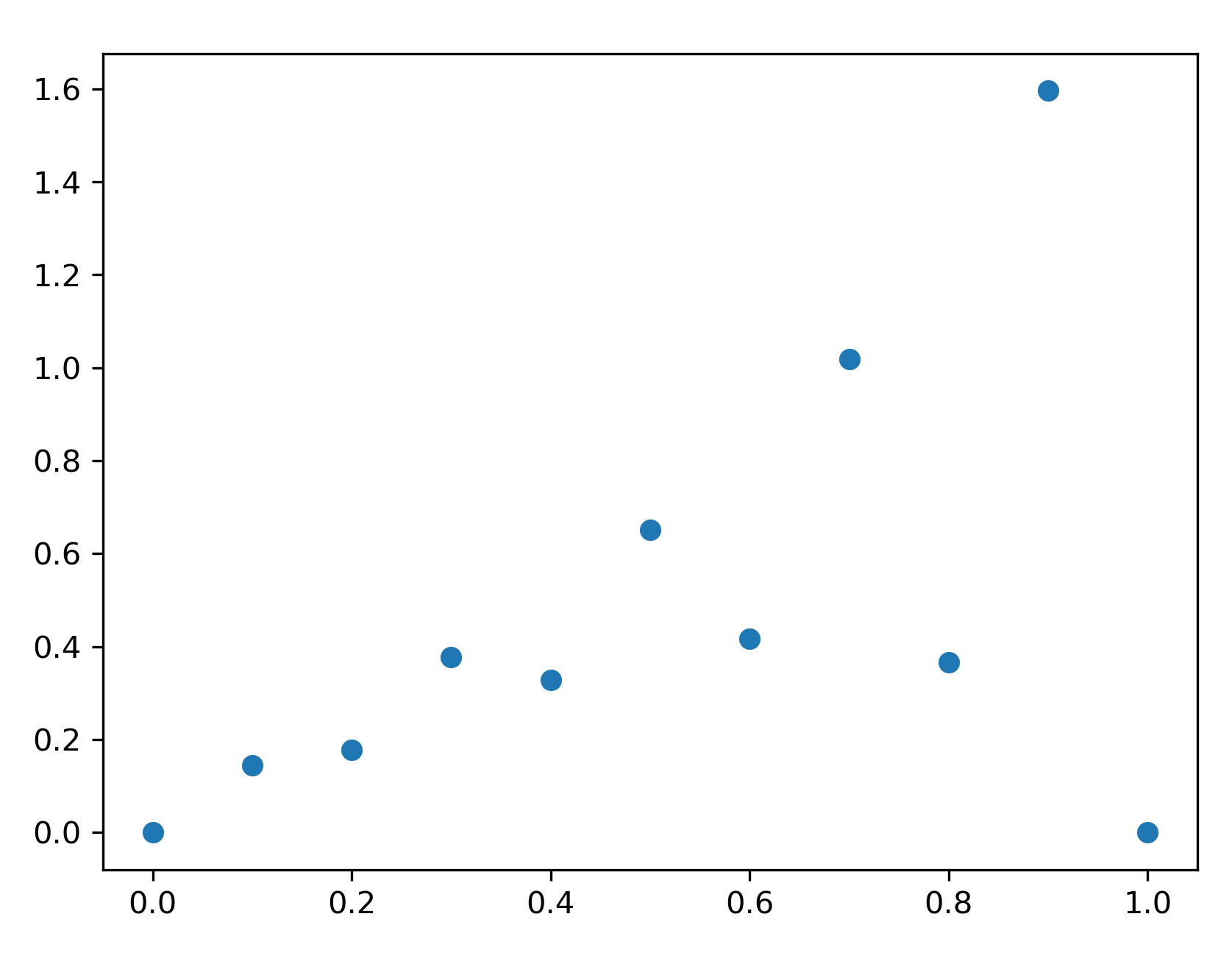 END_OF_DOCUMENT_TOKEN_TO_BE_REPLACED

with FEM, we first need to derive its weak formulation. This is achieved by multiplying the equation by a test function

and then integrating by parts to get rid of second order derivatives:

What is the difference between imposing Dirichlet boundary conditions (ex.

) from a math perspective? Dirichlet conditions go into the definition of the space

END_OF_DOCUMENT_TOKEN_TO_BE_REPLACED

With Finite Differences, we discretize space (i.e. we put  a grid on it) and we seek the values of the solution function at the mesh points. We still solve a discretized differential problem.

With Finite Elements, we approximate the solution as a (finite) sum of functions defined on the discretized space. These functions make up a basis of the space, and the most commonly used are the hat functions. We end up with a linear system whose unknowns are the weights associated with each of the basis functions: i.e., how much does each basis function count for out particular solution to our particular problem?

Brutally, it is finding the value of the solution function at grid points (finite differences) vs the weight of the linear combinations of the hat functions (finite elements).